By UtustoriaAgu 10, 2022, 14:33 pmKomentar Dinonaktifkan pada TuK INDONESIA asks the Presidential Staff Office to respond to the potential threat of mangroves in Banggai

Executive director of Tuk Indonesia, Edi Sutrisno outlined many potential threats that could endanger the Banggai mangrove ecosystems. He maintains that Banggai Regency’s extensive mangrove region needs to be monitored closely. This is due to the growth of extractive businesses such as ponds and mines in addition to the lack of public awareness on mangrove preservation.
“Almost the entire coastline of Banggai Regency is covered by mangroves, and now there is a large potential threat of damage. Nickel mining is currently a danger in addition to ponds.” said the man who is familiarly known as Gun. (24/7)

He further stated that in addition to the Gross Tonnage (GT) ship’s berth which destroyed the mangrove area, the nickel mine could also result in the flow of damaged soil muck, thus exacerbating the threat of harm to the mangrove area.

“Although nickel mining is a resource that has the potential to encourage economic growth in the region, consideration should be given to avoid harming the mangrove area, which also has a great deal of potential in regional economic growth.” He emphasises.

Responding to this statement, Trijoko Solehoedin, as the Main Expert of Deputy I KSP RI, will take additional steps by contacting several pertinent ministries such as the Ministry of Maritime Affairs and Fisheries of the Republic of Indonesia (KKP RI) to the Coordinating Ministry for Maritime Affairs and Investment of the Republic of Indonesia (Kemenko Marves RI) to synergize with all stakeholders and partnerships at the regional level for the development of mangrove areas.

“We will ask the pertinent ministries to coordinate control and cooperation across all partnerships, starting at the regional level, in order to promote economic growth through the existence of mangrove areas.”

“Banggai needs to be able to finish the RTRW and RDTR as soon as feasible because determining its economic development area is a regional effort.” He concludes.
He maintains that land conversion that could harm the local economy can be prevented with good development planning. This is evident in existing RTRW and RDTR. (Red) 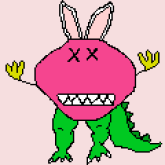